Residents in Sydney, Australia will remain under lockdown for another two weeks as officials continue to struggle to contain a growing outbreak of the delta variant of COVID-19.

The lockdown was first imposed on June 26 after a Sydney airport limousine driver who had been transporting international air crews tested positive for the variant. More than 800 people have since been infected, including 97 new infections reported Wednesday.

Two people have died in the current outbreak.

“It always hurts to say this, but we need to extend the lockdown at least a further two weeks,” New South Wales state Premier Gladys Berejiklian said Wednesday in Sydney, the state capital.

The city’s five million residents are only allowed to leave home for work, exercise, essential shopping or medical reasons, while schools and many non-essential businesses are closed.

Some infections still happen despite inoculation, but hospitalizations and deaths in those cases are rare

Australia has been largely successful in containing the spread of COVID-19 through aggressive lockdown efforts, posting just 31,429 total confirmed cases and 912 deaths, according to the Johns Hopkins Coronavirus Resource Center. But it has proved vulnerable to fresh outbreaks due to a slow rollout of its vaccination campaign and confusing requirements involving the two-shot AstraZeneca vaccine, which is the dominant vaccine in its stockpile.

Overall, Australia has administered nearly 9 million doses of vaccine to its population of more than 25 million people, or less than 10 percent, according to Johns Hopkins.

South Korea is also dealing with a stubborn outbreak of new COVID-19 cases triggered by the delta variant.  Officials with the Korea Disease Control and Prevention Agency reported 1,615 new coronavirus cases Wednesday, a new single-day record.  The majority of the new infections came from the capital, Seoul, and immediate surrounding neighborhoods.

The outbreak has prompted authorities to enforce strict restrictions and social distancing rules across much of South Korea, including a ban on private gatherings of more than two people after 6 p.m. in the Seoul area, with bars and restaurants closing by midnight.

One of the travel industry’s biggest companies, Norwegian Cruise Lines, filed a lawsuit in a U.S. federal court Tuesday against the southeastern state of Florida over a new law that bans companies from requiring its customers show proof they have received a COVID-19 shot.

The law threatens to fine companies $5,000 each time they ask a customer to provide proof that they’ve been vaccinated. Florida is a major departure point for cruise ships sailing to the Caribbean.

The CDC has banned most cruising from U.S. waters since March 2020. Companies have been working with the health agency to resume sailings under its conditional sail order — a set of guidelines for cruise companies wishing to resume sailing in the U.S., including test cruises and vaccine requirements.

Norwegian Cruise Lines, which is set to resume cruises from Florida on August 15, said in the complaint that it wants to resume operations “in a way that will be safe, sound, and consistent with governing law,” according to court documents obtained by CNN. 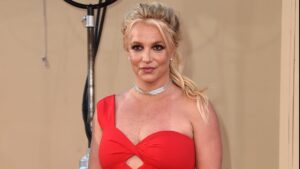 Next post Britney Spears hearing to deal with turmoil from speech