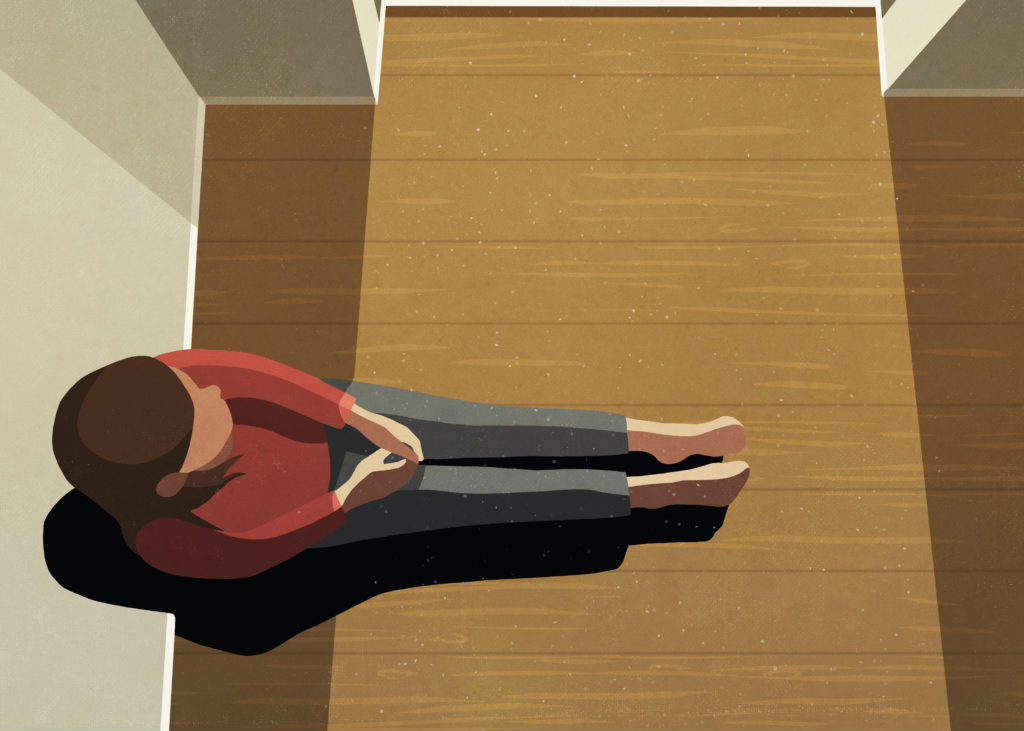 During the first part of the pandemic, there was an eerie lull at My Sister’s House, a women’s shelter in Charleston, South Carolina. The drop in incoming calls seemed like a bad sign — “You couldn’t call anymore if you were stuck inside of your house on some sort of lockdown with your abuser,” said Tosha Connors, CEO of the shelter and advocacy group.

The unsettling silence at the shelter ended abruptly — and without a clear explanation — in late 2020. Now, they have never been busier, Connors said. Urgent calls are flooding in and the shelter is over capacity. “When we did start to see people really reaching out, we noticed a lot of the intensity of cases escalating — a lot of physical violence happening in relationships that previously only had verbal abuse.”

Domestic violence increased across the country during the pandemic, studies show, and experts worry the concurrent explosion in gun ownership likely heightened the danger. When violence between partners escalates, a male abuser’s access to a gun increases the risk of a female victim being killed by 1,000 percent. With rates of gun violence and homicides rising during the pandemic, advocates for survivors of abuse want domestic violence to be a bigger part of the national gun control conversation, which can be dominated by concern over mass shootings.

“When we did start to see people really reaching out, we noticed a lot of the intensity of cases escalating…”

President Joe Biden met with local leaders Monday to discuss strategies to combat worsening street violence, focusing on aiding communities that need more police, offering support like better summer jobs for teens and cracking down on illegal firearms. In his public statement, Biden did not mention domestic violence as part of those considerations.

One in four women experience intimate partner violence, but much of the violence is not reported to the police. Researchers must look beyond logs of police calls and crime reports, to emergency hotline registries and health records, in order to compile statistics and look for trends. Last spring, as many shelters and helplines saw the same worrisome reduction in ringing phones as My Sister’s House, calls surged at others. Domestic violence incidents increased by 8.1 percent in the U.S. after stay-at-home orders were imposed, according to an analysis by the Council on Criminal Justice, a research and policy advising group. The report suggests that pandemic-related stressors, such as financial insecurity and unemployment, may have exacerbated domestic violence. However, because the collection of gun violence data varies across the country, and states are not required to report homicide data to the FBI, there are gaps and delays in understanding trends of domestic violence homicides, says Jeff Asher, a crime data analyst. Official crime data from 2020 is still not available, and is expected to be released in September.

A survey of people who work with domestic violence survivors, conducted between September and December 2020, adds to that snapshot. The majority said they believed intimate partner violence was up overall, and many reported difficulties helping survivors because their agencies were closed or operating at limited capacities because of COVID-19. Half said that abusers threatening to shoot victims has become a bigger problem during the pandemic than it was before.

Ruth Glenn, president of National Coalition Against Domestic Violence (NCADV), expects community programs to report an even further increase in numbers of victims seeking help. “As we enter into July, survivors will feel that they’re more safe now reaching out,” she said. She and other experts worry that the rising rates of gun purchases seen throughout the pandemic means more of these calls will come from people whose partners are in possession of a gun.

The power of a gun

Nearly 1 million women alive today say they have been shot or shot at by intimate partners, according to Everytown, a gun violence prevention organization. Guns can also be weapons of intimidation or coercion — more than four times as many have reported being threatened with one. When the National Domestic Violence Hotline surveyed survivors whose abusers had access to firearms, one in 10 said their abusers had fired a gun during an argument and two-thirds believed their abuser was capable of killing them.

Connors said most of the women at her shelter know their abuser has access to a gun. That knowledge can send women into hypervigilant survival mode — a state of near-constant defensiveness. “You just never know when things are going to explode. You never know quite what’s going to be the trigger for that day or that hour,” said Glenn. The stress can stay with a survivor for years, and even contribute to negative health outcomes such as chronic pain, and symptoms in the gastrointestinal and nervous systems.

Glenn, who has led NCADV for the last seven years, is herself a survivor of domestic violence. Twenty-nine years after being shot by her abuser, she still experiences symptoms of PTSD.

“We’ve heard stories of survivors leaving and being tracked down and killed. We hear that all the time.”

Abusers, she explained, can use guns as a tool to establish control over their partners — a cornerstone of domestic violence. It works even if the gun is never discharged, by keeping the victim fearing what may happen if they try to leave. “Just knowing that your abusive partner has a firearm can be very, very intimidating and frightening,” Glenn said.

For many, the mere threat of a gun is enough to maintain the power imbalance. But every month, an average of 57 women are shot and killed by an intimate partner, according to FBI homicide data.

“We’ve heard stories of survivors leaving and being tracked down and killed. We hear that all the time,” said Glenn.

The number of these murders increased 15 percent from 2008 to 2017 and continues to rise. Black, Hispanic and Native American women bear a disproportionately greater risk of gun death at the hands of their abusers than non-Hispanic white women. Domestic abuse also affects men and LGBTQ people. Studies suggest that those who are LGBTQ may experience intimate partner violence at equal or higher rates compared to heterosexual counterparts, a review by the Williams Institute found, and also face unique hurdles to getting help.

The laws used to keep guns out of the hands of domestic abusers are riddled with loopholes. Federal law bars people convicted of certain domestic violence misdemeanors from possessing a firearm, however the law only applies to spouses, members of the same household, or those who share a child with the victim. The so-called “boyfriend loophole” leaves out abusers who aren’t married to or living with the victim. More than half of intimate partner homicides are committed by dating partners, according to the Giffords Law Center to Prevent Gun Violence. States with laws that extend the federal gun possession rule to dating partners have seen a 16 percent reduction in intimate partner gun homicides.

An updated version of the Violence Against Women Act — a landmark 1994 legislation to address domestic violence and assault — was passed by the House of Representatives in March with new language to close the boyfriend loophole. It’s awaiting approval in the Senate.

“We’re just waiting on pins and needles to see what the Senate bill for reauthorization will look like,” said Glenn.

Advocates think this clarification will help, but point to other ways that firearm background checks let abusers slip through. For instance, if a background check for a gun purchase takes more than three days, the sale can be completed without it (this is often called the Charleston loophole). Everytown estimates that when firearm sales surged last year, flooding the government with background check requests, at least 100 domestic abusers were able to obtain guns in the month of March alone, as a result of delays. And of course, background checks only apply to guns that are purchased through authorized dealers. Many are not.

There are processes for seizing guns from convicted abusers, but they are complicated and laborious, often involving multiple levels of bureaucracy, from the Federal Bureau of Alcohol, Tobacco, Firearms and Explosives and the FBI, to state and local law enforcement. Local leaders sometimes push back, saying they don’t see sufficient reason to take away someone’s gun, said Lisa Geller, researcher and state affairs manager at the Coalition to Stop Gun Violence.

Extreme risk protection orders, often referred to as “red flag” laws, allow the temporary confiscation of firearms from an individual who poses a danger to themselves or others. While critics argue that these laws can be used to circumvent due process and infringe on gun owners’ rights, advocates say they lead to reductions in intimate partner homicide, and that they can be of extra importance in states where a domestic violence restraining order does not mandate the relinquishment of a gun. Fewer than half of all states have these laws. In addition to pushing for universal background checks, Geller is working to get more states to adopt extreme risk protection orders.

Advocates agree a multipronged approach is necessary to keep guns out of the hands of abusers: federal and state prohibitions, along with rigorous removal processes. “They all need to be in harmony,” said Josh Horwitz, executive director of the Coalition to Stop Gun Violence.

While much attention to domestic violence and lobbying is directed toward gun control, there are other legal efforts underway to address the complex issue of domestic violence, such as expanding laws against stalking and coercive behavior.

Connors is hopeful current gun laws can save lives — if authorities are actually able to put them to use. “Yeah, there are laws on the books,” she said, “but do they really have teeth and are they being enforced?”

It’s the job of Connors’ team to help survivors heal, so she gets emotional when she hears about women in her city who didn’t survive. The beginning of 2021 was particularly challenging for her.. “We know that South Carolina is always in the top for women killed by intimate partners,” she said.” But it really hit home to see that there were three murders [related to domestic violence] within 22 days of the year. It’s a hard pill to swallow.”

If you are currently experiencing domestic abuse or are in imminent danger, you can reach out to The National Coalition Against Domestic Violence’s help line.

Editor’s note: Josh Horwitz’s name has been corrected after being misspelled. 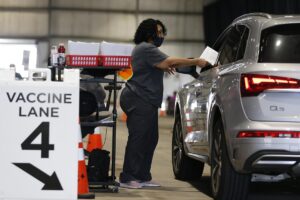 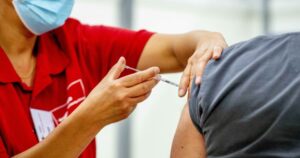 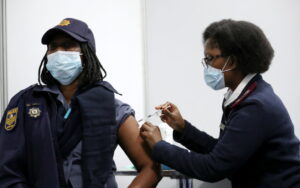 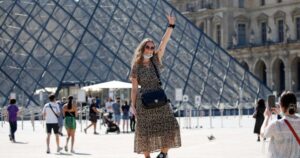 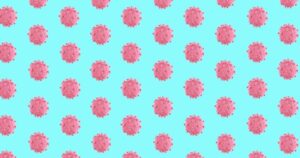