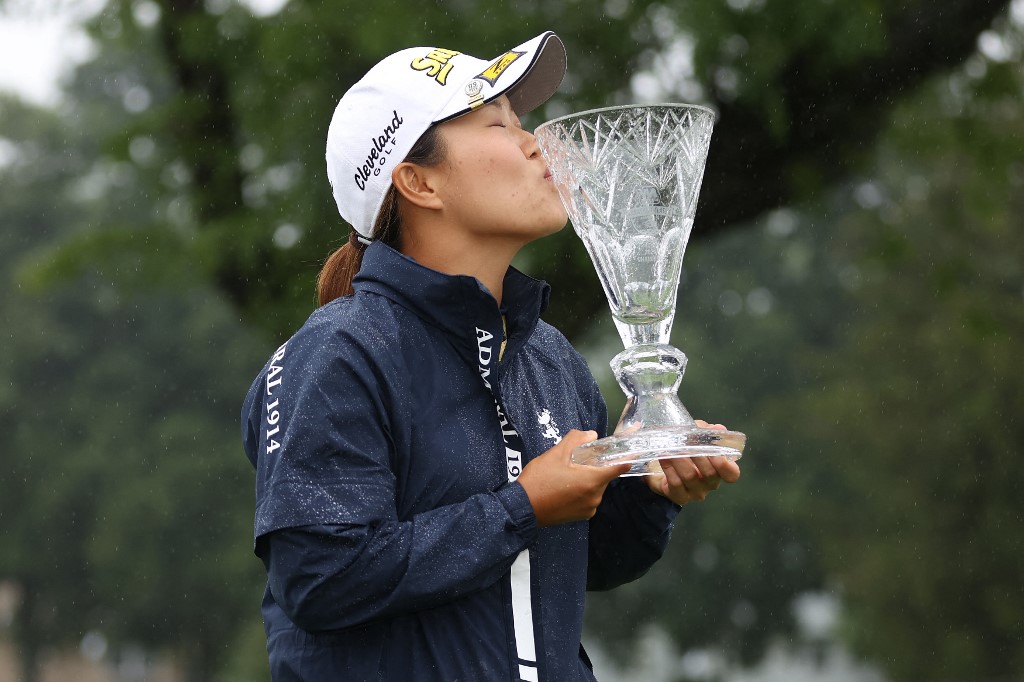 SYLVANIA, OHIO – JULY 11: Nasa Hataoka of Japan poses with the trophy after winning the Marathon LPGA Classic presented by Dana at Highland Meadows Golf Club on July 11, 2021 in Sylvania, Ohio. The final round was suspended due to weather at 9:40 am and did not resume. Hataoka was the winner based on her 54 hole score of -19. Gregory Shamus/Getty Images/AFP (Photo by Gregory Shamus / GETTY IMAGES NORTH AMERICA / Getty Images via AFP)

Japan’s Nasa Hataoka claimed her fourth LPGA tour title on Sunday as rain washed out the final round of the Marathon Classic in Sylvania, Ohio.

“Course conditions have not improved at the Marathon LPGA and it remains unplayable,” a tweet from the LPGA said.

“Finishing the tournament tomorrow is not an option due to an unfavorable forecast. The tournament will be reduced to a 54 hole event with Nasa Hataoka as the winner!”

It would have taken Hataoka’s rivals some doing to catch the 22-year-old, who took a commanding six-shot lead into the scheduled final round with a 54-hole total of 19-under 194.

She hit 17 of 18 fairways and rolled in eight birdies in her seven-under 64 on Saturday — swelling the lead she had first seized with sparkling first-round 61 — the lowest opening round score on the LPGA in almost seven years.

With inclement weather in the forecast, Sunday’s tee times were moved up in a bid to get the round in.

But play was suspended at 9:40 am, and heavy downpours left the course unplayable.

For hours organizers waited it out, hoping they would be able to complete the round, finally calling it quits shortly after 3:30 p.m. local time.

Hataoka, runner up to Yuka Saso in a playoff at the US Women’s Open, claimed her first title since the 2019 Kia Classic. Americans Elizabeth Szokol and Mina Harigae finished tied for second at 13-under par.

Germany’s Esther Henseleit was fourth on 12-under with Saso, South Korean Amy Yang, Germany’s Caroline Masson and American Austin Ernst a shot back. 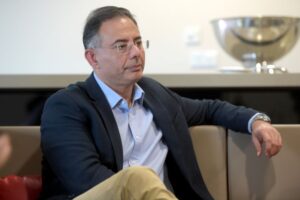 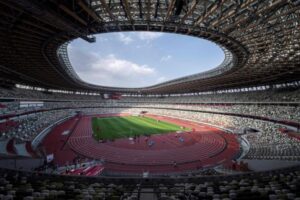 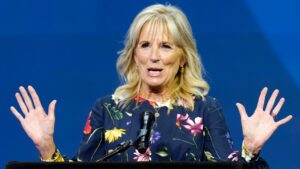 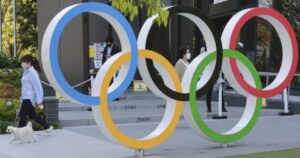 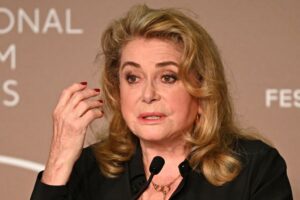 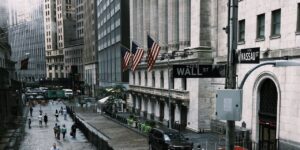 Next post U.S. Stock Futures Slip to Start the Week