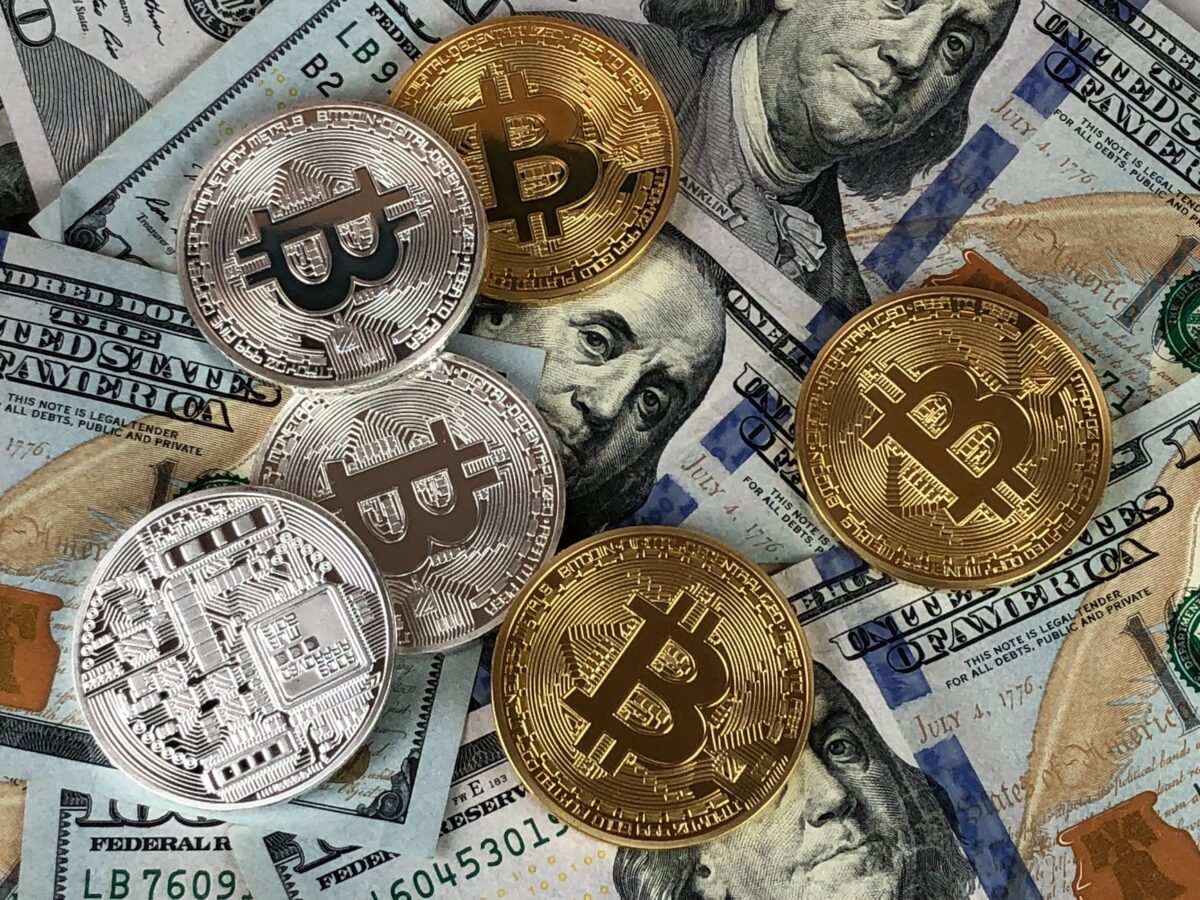 The relationship between bitcoin and inflation: Speculation is that some investors have turned to bitcoin in order to protect their holdings from the impacts of hyperinflation. But what exactly does that mean?

People are drawn to everything they can run to in order to protect themselves from inflation, which has reached unprecedented highs.

The bitcoin assets are assumed to be inflation-resistant, despite evidence to the contrary. However, things quickly become unclear if you discover that each crypto currency is unique, and some are inflationary by design.

The notion that fiat money will eventually lose value as a result of central banks printing money is the rationale behind the frequent marketing of Bitcoin (BTC) as an inflation hedge.

The sudden drop in the price of Bitcoin has investors in crypto currencies speculating on a number of factors, such as inflation, which is causing losses in their Bitcoin wallet (exodus dot com/bitcoin-wallet). However, there is a fixed quantity of 21 million coins for Bitcoin. Since Bitcoin has a limited upper limit, it has an advantage over inflation. But does Bitcoin have no impact on inflation?

Inflation: What is it?

The general characteristics of inflation include a rise in the cost of consumer items and a gradual decline in the value of currencies. Crypto currencies like Bitcoin often have low rates of inflation due to their restricted supply.

Every good or service is impacted by inflation, including utilities, cars, food, health care, and housing. Because inflation essentially devalues currency, it has an impact on both corporations and individual customers.

In other words, inflation lowers a consumer’s purchasing power, depreciates savings, and puts off retirement. Global central banks keep an eye on inflation so they can react appropriately.

For instance, the US Federal Reserve has set a target inflation rate of 2%. In order to combat inflation, should inflation rates exceed the desired level, and should the system modify its monetary policy?

Is inflation a consistent problem?

Recently, inflation has become more of an enduring than a passing occurrence. Financial markets are witnessing a gradual rise in inflation rates globally, which is mostly driven by the international reaction to the epidemic.

Yahoo contends that inflation is here to stay for the following three reasons, notwithstanding the possibility that high inflation rates would eventually decline:

Even though the economics of the Bitcoin market is complicated, some crypto currencies, are built to either resist inflation or have predictable, low rates of inflation. Additionally, although Bitcoin is frequently hailed as a hedge against inflation, recent changes in the economy have seen Bitcoin’s performance as a pure hedge decline.

What part does Bitcoin play in the rise in prices?

The cryptocurrency has increasingly matched market trends thanks in large part to institutional investors. This implies that Bitcoin will probably decrease along with the market when it does.

Consequently, the Federal Reserve will probably implement a dual mandate when inflationary news arises. There will be a rise in policy interest rates and a tightening of the financial system. As a result, the value of assets will decrease, including cryptocurrencies like Bitcoin.

Is Bitcoin immune to inflation?

So, the question is: Is Bitcoin a decent inflation hedge? Although gold has traditionally been regarded as the best inflation hedge, cryptocurrencies like Bitcoin can provide excellent options.

Bitcoin can be thought of as more of an “inflation-resistant” asset as opposed to “inflation-proof,” which suggests complete impenetrability against any outside changes. In general, Bitcoin is seen as an excellent inflation hedge since it is the biggest and most well-known cryptocurrency. It may even be seen as a more effective hedge than gold.

Bitcoin has superior long-term growth potential and hence protects against inflation, although being more volatile than gold. How so?

Bitcoin is a strong inflation hedge due to its fixed supply. The risk of inflation is eliminated when the supply of an asset is fixed and constrained, preventing the introduction of new coins into circulation.

Bitcoin is unattached to a particular economy or currency

Like gold, bitcoin is not a part of any one economy, business, or currency. It is a worldwide asset class that reflects demand all across the world. Because it does not have to cope with the numerous economic and political dangers connected with stock markets, bitcoin is a better alternative than shares.

The Bitcoin Currency is simple to transfer

Bitcoin is enduring, interchangeable, limited, and secure, much like gold. Given that it is more portable, decentralized, and transferable than gold, bitcoin has an advantage over it. Bitcoin may be stored by anybody because of its decentralized structure, in contrast to gold, whose supply is regulated by sovereign states.

Why is inflation crucial for crypto currencies?

Increased investments in digital currencies may result from high rates of fiat money inflation, which allays consumers’ concerns that their money would eventually lose value. Investors who wish to diversify their investment portfolios have a wonderful option in crypto currencies like Bitcoin (BTC) and Ether (ETH).

Benefits of a Fixed Supply of Bitcoin

Scarcity is one of the elements that help an asset resist inflation. Bitcoin is referred to as “digital gold” because of its restricted quantity, which keeps it rare and guarantees that its value will hold over time.
Satoshi Nakamoto, who invented Bitcoin, wanted each unit to increase in value over time. This was made possible by the finite maximum supply and the gradual emergence of new Bitcoin.

Once the limit has been reached, there can be no more Bitcoin created. Transactions will continue as usual, and miners will still be paid, but through processing charges. However, you can mine other currencies or tokens. Helium mining is one option, for instance.

In a downturn, what will happen to Bitcoin?

The “Great Recession” of 2007–2008, commonly known as the financial crisis, is where Bitcoin was born. Satoshi Nakamoto created Bitcoin to give the people money that was independent of third parties and centralized authority in reaction to widespread bank failure. The outcome was a crypto currency that was not tied to any organization or sovereign state.

Negative economic consequences from a recession can spread to nations with strong economic relations. Bitcoin can act as a recession-resistant asset due to its inherent diversification. Bitcoin is not restricted to any one country’s loss or gain, unlike the U.S. dollar, which is susceptible to the advantages and disadvantages of the U.S. economy, including GDP, export prices, monetary policy, and currency demand.

Additionally, Bitcoin is valuable independent of the state of the economy. This is due to the asset’s scarcity and security. It is also transportable anywhere. Since its main use is as a store of value, bitcoin is predicted to perform better during a recession than other crypto currencies like Ethereum.

How Bitcoin can ultimately benefit customers

Although it is doubtful that Bitcoin would displace significant centralized currencies, since its launch in 2009, it has altered the financial landscape. Its technology has enabled ground-breaking developments in decentralized finance (DeFi) and benefits unbanked customers in remote, low-income areas.

Although blockchain technology has set the way for many developments, its main goal is to reliably serve consumers. Block-chain technology’s main benefit is that it gives consumers a decentralized, secure, and permission less means to trade money. Along with other crypto assets, bitcoin offers monetary alternatives that are immune to inflation and economic downturn. 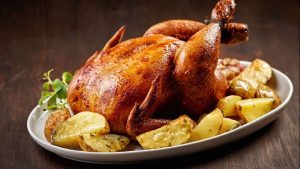 Previous post <strong>TODAY IS “ROAST CHICKEN DAY”, HERE ARE THE RULES FOR COOKING IT TO PERFECTION</strong> Next post <strong>AMAZON PRIME: HOW IT WORKS, HOW MUCH IT COSTS, THE ADVANTAGES</strong>