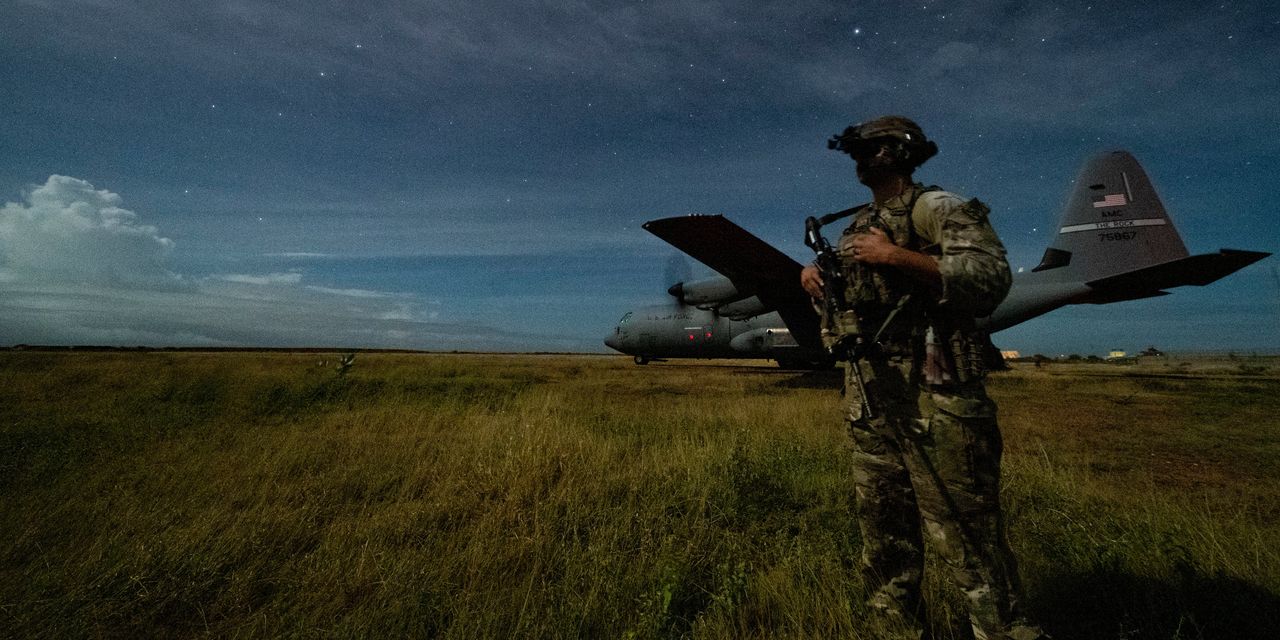 carried out in Somalia during his term in office, according to military records.

was sworn in as president. Since then, there hasn’t been a single U.S. airstrike on al-Shabaab.

The U.S. war against al-Shabaab, conducted largely behind a veil of secrecy since 2007, remains in limbo as Mr. Biden weighs his national-security priorities and wrestles with the last-minute decisions of his predecessor.

“We’re committed to Somalia,” said a senior U.S. official. “What exactly that will look like is still under discussion.”

In the final weeks of his presidency, Mr. Trump ordered a hurried withdrawal of roughly 650 U.S. special-operations and other troops from Somalia, where they had been training an elite local commando unit to fight al-Shabaab. The military moved most American troops to neighboring Djibouti and Kenya, sites within commuting distance of Somali government training camps.

Mr. Biden’s administration is conducting a global review of American troop deployments overseas. Among the decisions the president faces: Whether to put troops back into Somalia, a country that seems distant to many Americans and where the 1993 Black Hawk Down episode left 18 U.S. soldiers dead on the streets of Mogadishu.

Mr. Biden also confronts the question of whether to resume airstrikes against al-Shabaab, the militant group that emerged from the chaos that followed that previous U.S. misadventure in Somalia.

A Somali army spokesman declined to comment on the country’s security situation. A government spokesman didn’t respond to a request for comment.

In 2017, Mr. Trump declared parts of Somalia “areas of active hostility” and authorized offensive operations against al-Shabaab. U.S. Africa Command, based in Stuttgart, Germany, could approve airstrikes, with a good deal of authority given to the counterterrorism task force and special-operations commanders inside Somalia.

The airstrikes fell into two categories: Planned strikes on key al-Shabaab leaders, and urgent close-air support for American or allied troops in firefights against militants.

“In Somalia a little air power goes a long way,” said a former senior U.S. commander. “Al-Shabaab will always quit the battlefield if they feel there’s an air power capability.”

With U.S. troops no longer stationed alongside their Somali allies, there have been no close-air support missions since Mr. Biden’s inauguration.

Planned airstrikes against top leaders, directed by the counterterrorism task force, now require signoff from Washington, according to defense officials. Five months into his term, Mr. Biden has yet to order a single one.

An Africa Command spokeswoman declined to explain the reasons behind the lull in airstrikes. A Pentagon spokesman declined to say whether field commanders had sought approval for strikes or whether the president has to sign off personally on such requests.

“It is common for the U.S. government to pull kinetic strike authorities back to the highest level of decision makers following a change in administration,” said Maj. Gen. William Zana, commander of the U.S.-led task force in the Horn of Africa. “Militarily, we benefit from having those authorities passed back down to a level which is sufficiently agile and operationally effective.”

U.S. commanders see rising militant violence in Somalia in the context of surging security threats from Islamist militants across a swath of Africa, especially in the Sahel, a band of semiarid land that runs East-West through Mali, Burkina Faso and Niger.

Groups aligned with al Qaeda and Islamic State carried out 1,170 attacks in the Sahel last year, up from 92 in 2016, according to data from the Armed Conflict Location & Event Data Project assembled by the Pentagon-funded Africa Center for Strategic Studies. Militants killed more than 4,200 people in the Sahel last year and conducted 278 attacks in the first three months of this year, the center reported.

In 2017, four U.S. servicemen and five Nigerien troops were killed in an ambush in Niger carried out by militants from the Islamic State of the Greater Sahara.

The U.S. maintains a reconnaissance drone base and other forces in Niger. American troops in June completed ground, air and sea exercises with counterparts from Morocco, Senegal and Tunisia, including a simulated attack across the desert with armor, infantry and a B-52 bomber.

U.S. troops are only authorized to use lethal force in self-defense in the Sahel; France takes the lead in providing offensive combat assistance to beleaguered governments there.

For years, the U.S. made Somalia its primary focus in Africa.

Al-Shabaab’s “leaders have called for attacks on Americans, not only in the region, but in the world and in the U.S. homeland,” Gen. Stephen Townsend, head of U.S. Africa Command, said after the military exercises in Morocco. “I believe we should take these threats seriously.”

American troops at Manda Bay were training Kenyan soldiers for anti-al Shabaab operations in Somalia under the auspices of the African Union.

Early this month, al-Shabaab claimed responsibility for a suicide bombing that targeted police and intelligence officials who frequent tea shops at an intersection in Mogadishu, according to retired Somali Col. Ahmed Abdullahi, former commander of the country’s special-forces brigade, and a militant pronouncement monitored by SITE Intelligence Group.

The group last month seized control of the town of Wisil, a strategic crossroads in central Somalia.

“The lack of strikes now has really emboldened al- Shabaab a lot,” said Col. Abdullahi, who is now a security consultant for diplomats working in Somalia.

He said he hoped Mr. Biden would put a smaller American force back into Somalia to train local commandos. He argued that the U.S. should resume airstrikes, but more selectively target high-level al-Shabaab commanders so as not to create resentment among ordinary Somalis.

Human Rights Watch and Amnesty International have alleged that U.S. airstrikes have repeatedly killed or injured civilians, and that the U.S. military has done an inadequate job of investigating those cases.

U.S. Africa Command says it is diligent in investigating allegations of civilian deaths, including a report that the Jan. 19 airstrike killed a noncombatant. Military investigators concluded that the only casualty was the al-Shabaab commander the airstrike was intended to kill.

In a written statement that accompanied that investigation, Gen. Townsend said, “We will continue to refine our processes to ensure our partners and the public recognize our commitment to minimizing civilian casualties whenever possible.”

The military is still investigating allegations that a Jan. 1 airstrike injured three civilians.

Efforts by the U.S., the African Union and their allies to help stabilize Somalia have been frustrated by clan rivalries and political skirmishing between the powerful states and the central government.

In some areas of rural Somalia, al-Shabaab is the de facto government. U.S. officials calculate that al-Shabaab collects about $130 million in “taxes” from these areas each year, an amount equivalent to about 20% of the budget of the Somali federal government.

“Somalia is just a mess, and it will continue to be a mess,” said Air Brig. Gen. Stéphane Dupont, commander of French forces in the region.

Most of the U.S. troops previously stationed in Somalia are now among the 4,000 or so U.S. personnel at Camp Lemonnier in neighboring Djibouti, which shares linguistic and cultural ties with Somalia. While awaiting orders from Mr. Biden, U.S. special-operations troops commute from Djibouti into Somalia to train and supervise the local commandos.

The base is the largest U.S. position in Africa and houses an East Africa Response Force on call for embassy evacuations and other emergencies. Specialists at a military crime lab at the camp try to identify al-Shabaab bomb makers by examining explosives residue, fingerprints, DNA and other evidence from attacks.

U.S. trainers conduct infantry drills with Djibouti’s 400-man Rapid Intervention Battalion, and American personnel fly drones, both armed and unarmed, over Somalia from a base near Djibouti’s capital.

Djibouti has largely avoided al-Shabaab violence, despite its alliance with the U.S. An exception was in 2014 when an al-Shabaab operative in a black robe blew herself up in the middle of the dining room at La Chaumière restaurant, a spot popular with foreigners. Another attacker threw a hand grenade toward a pair of German diners, according to the restaurant’s owner.

Two people died, plus the attackers themselves.

Djibouti was a French colony until 1977, and France still keeps an army battalion and Mirage jets in the country to assist in its defense.

The U.S. camp in Djibouti sits about 5 miles from China’s first overseas base, a port facility that Western officials says is being expanded to handle an aircraft carrier. China’s presence, and the large infrastructure projects Beijing is sponsoring in Djibouti, add a backdrop of great-power competition to the counterterrorism campaign that absorbs the Horn of Africa.

“If someone comes and brings investment, we’ll roll out the red carpet,” said Youssef Moussa Dawaleh, president of the Djibouti Chamber of Commerce.

Gen. Zana said it was too early to know whether the U.S. withdrawal to Djibouti has worsened Somalia’s security. But, he added, “I don’t know that anyone would assert that the situation has improved as a result of this decision.”

—Nancy A. Youssef contributed to this article. 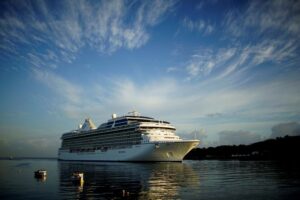 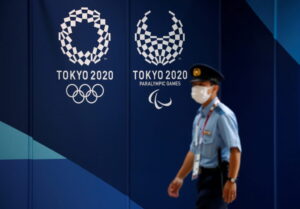 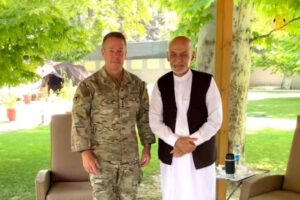 In symbolic end to war, US general to step down from command in Afghanistan, Middle East News & Top Stories 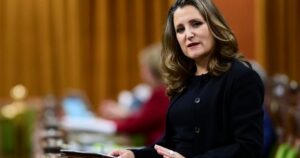 Canada has ‘a practical and a moral duty’ to fight COVID-19 around the world: Freeland – National 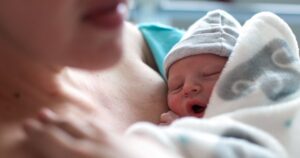 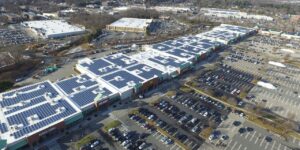