WHITE HOUSE – The United States should accommodate millions of refugees who will be forced to flee disasters and other effects of a changing climate, according to a task force report released Wednesday.

The study, under the auspices of Refugees International, which advocates for displaced people around the word, argues that the United States, as the traditional biggest carbon emitter, “has a special responsibility to lead on issues of climate change, migration and displacement.”

As many as 200 million people worldwide annually will likely need humanitarian assistance due to a changing climate by the year 2050, according to the International Organization of Migration, which is part of the United Nations System.

The Ecological Threat Register, produced by the Australia-based Institute of Economics and Peace, projects up to 1.2 billion people around the world could be displaced by the middle of this century.

“From Haiti and Honduras to Bangladesh, Burkina Faso and thousands of communities in both the Global South and Global North, those at risk need policy solutions today, as both slow- and sudden-onset disasters are becoming more frequent and intense and leading to protracted displacement around the world,” says the task force, which is composed of prominent former U.S. government and United Nations officials, leaders of non-governmental organizations and climate specialists.

“Those displaced by disaster are receiving inadequate support on a range of critical issues such as durable shelter, planned relocation and alternative livelihoods,” the report says.

“The task force believes that the Biden administration should acknowledge the reality of climate-related migration and offer new forms of protection and support for those displaced by climate change,” said Kayly Ober, senior advocate and program manager for the Climate Displacement Program at Refugees International.

The task force is recommending the U.S. government recognize “that those forced to migrate due to climate change are in many cases likely to face particular risks of return that would amount to persecution” under the 1951 multinational treaty defining who is a refugee.

U.S. Democratic Senator Edward Markey is pushing legislation that would offer protections to people fleeing climate change-related events who do not fit the narrow definition of “refugees” under international law.

In an executive order in February, U.S. President Joe Biden instructed National Security Adviser Jake Sullivan to examine how to identify and resettle people who will be displaced by climate change.

“We are actively working on a report on climate change and its impact on migration, including forced migration, internal displacement and planned relocation, for the president and expect a final version, or summary thereof, will be made public by the fall,” a senior administration official told VOA.

There is certain to be pushback from conservative lawmakers and groups opposing liberal immigration reform.

America’s immigration system “is already strained to the breaking point” with more than 1.3 million pending asylum cases, and “inviting untold millions more to seek refugee status, or arrive here and claim asylum, based on assertions of harm as a result of climate change would cause the system to collapse entirely,” predicted Ira Mehlman, media director at the Federation for American Immigration Reform.

Climate change “cannot be addressed by advocacy group-driven attempts to engage in mass resettlement of people in the United States,” added Mehlman, who contends the task force’s proposal “ironically would further hinder our ability to address the root causes of climate change. Large-scale, migration-driven population growth would make it nearly impossible for the United States to meet goals set for reductions in CO2 and other harmful emissions.”

The founder of another organization seeking stricter limitations on immigration to the United States also expresses concern.

“Of all forms of migration, refugee resettlement has tended to have the most direct negative effect on the ability of lower-skilled Americans — disproportionately minorities — to obtain jobs and on depressing the wages of those who retain their jobs,” said Roy Beck, founder of anti-immigration group NumbersUSA.

Priority should be given to those from adjacent countries or the same region, but the task force suggests America “would be a destination for the whole world, making the lack of numerical caps in the proposal especially problematic,” added Beck.

The NumbersUSA leader also is concerned about the ramifications of Temporary Protection Status for those whose displacement is caused by disasters exacerbated by the effects of climate, as the task force proposes.

“This would continue the corruption of the program’s purpose, which already is threatened with losing the support of the American people for the very real and manageable need for the U.S. to provide respite for as many calamities as possible, but only if the respite is truly temporary,” said Beck.

Biden previously announced the United States intends to double, by 2024, its annual public climate finance for developing countries and triple public finance for climate adaptation, compared to what the country was providing during the second half of former President Barack Obama’s administration (who was in office from 2009 to early 2017).

The 2022 fiscal year request by Biden of $2.5 billion for international climate programs “is very significant but still less than the amounts for which climate experts had advocated,” according to the task force, which wants the U.S. to increase the foreign aid budget to reduce the risks of climate-related disasters and for international programs dealing with climate adaptation.

According to the report, there is globally a $2.5 trillion gap in resilience infrastructure.

Advocates such as Ober at Refugees International, are optimistic that the Biden administration will help close that gap, saying, “it has already shown a good faith effort to really dig into these issues, and in fact, is the first administration of its kind to really set a high bar for addressing climate change and migration issues.” 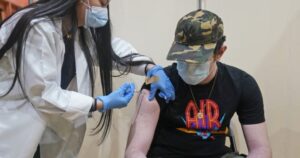 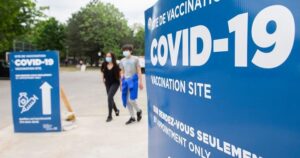 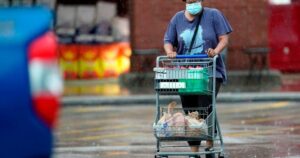 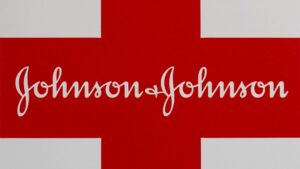