Vietnam enacted on Friday a two-week lockdown on movement in Ho Chi Minh City to battle a growing outbreak of the coronavirus.

Hanoi also announced plans to vaccinate 50% of the population age 18 and older by the end of the year and set a goal of 70% of its population vaccinated by next March.

“Vaccination against COVID-19 is a necessary and important measure to contain the disease and ensure socio-economic development,” the Health Ministry said in a statement, according to Agence France-Presse.

The country of 100 million had registered fewer than 3,000 cases of COVID-19, the disease caused by the coronavirus, as of April. As of Friday, Vietnam had 24,810 confirmed cases of COVID-19 and 104 deaths, according to the Johns Hopkins Coronavirus Research Center.

Vietnam has administered about 4 million vaccine doses, with about 240,000 people fully vaccinated – 0.25% of the population, according to Johns Hopkins’ Vaccine Tracker.

The 9 million residents of Ho Chi Minh City, the country’s economic hub, are barred from gathering in groups larger than two people and are allowed to leave their homes for the next two weeks only in cases of emergency or to buy food or medicine.

Meanwhile, Fiji Prime Minister Frank Bainimarama said the South Pacific nation would make it compulsory for residents to become vaccinated against the coronavirus.

“No jabs, no job — that is what the science tells us is safest and that is now the policy of the government and enforced through law,” Bainimarama said in a national address late Thursday, according to an AFP report.

Fiji, which has a population of about 900,000, has been battling an outbreak of the delta variant of the coronavirus since April.

The prime minister said all public servants would be forced to take leave if they failed to receive their first vaccination by Aug. 15 and would be dismissed if they failed to receive their second dose by Nov. 1. Private sector employees would need to have a first vaccination by Aug. 1 or face hefty fines and companies were threatened with being shuttered, the AFP report said.

So far, the nation has administered nearly 380,000 vaccinations, according to Johns Hopkins’ Vaccine Tracker.

On Thursday, Japanese Prime Minister Yoshihide Suga announced the Olympic Games would continue under a coronavirus state of emergency that bans spectators from all Tokyo-based venues. The arenas in surrounding Kanagawa, Saitama and Chiba would also be inaccessible to fans.

“Taking into consideration the impact of the delta strain, and in order to prevent the resurgence of infections from spreading across the country, we need to step up virus prevention measures,” Suga said.

The Olympics run from July 23 to Aug. 8, and the capital’s state of emergency is scheduled for July 23 to Aug. 22, lifting before the Paralympic Games open on August 24. Olympic and Tokyo officials said spectator capacity for the Paralympics would depend on future nationwide infection rates.

This ban deals a significant blow to Olympic organizers expecting $800 million in ticket sales, and to the Japanese government, which spent $15.4 billion on the games.

Meanwhile, the SEA Games Federation announced Thursday this year’s Southeast Asian Games has been postponed due to an increase of new infections in Vietnam, the host country. The regional games were scheduled to be held in the capital, Hanoi, and 11 other locations from Nov. 21 to Dec. 2.

As the world surpassed 4 million coronavirus-related deaths earlier this week, United Nations Secretary-General Antonio Guterres warned that millions more remain at risk “if the virus is allowed to spread like wildfire.”

The head of the global body said in a written statement that most of the world is “still in the shadows” due to the inequitable distribution of COVID-19 vaccine between the world’s richest and poorest nations and the rapid global spread of the more contagious delta variant of COVID-19.

Guterres called for the creation of an emergency task force, composed of vaccine-producing nations, the World Health Organization and global financial institutions, to implement a global vaccine plan that will at least double production of COVID-19 shots and ensure equitable distribution through the COVAX global vaccine sharing initiative.

“Vaccine equity is the greatest immediate moral test of our times,” Guterres said, which he also called a “practical necessity.”

The World Health Organization is urging nations to proceed with “extreme caution” as they ease or altogether end lockdowns and other restrictions in the face of a steady rise of new infections due to the delta variant.

This report includes information from The Associated Press, Agence France-Presse and Reuters. 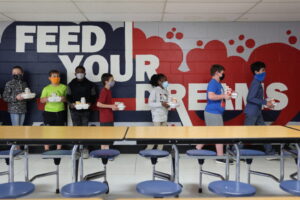 California set to require face masks at schools this fall 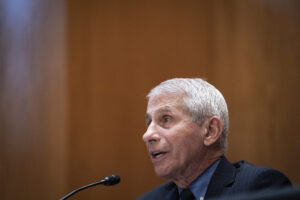 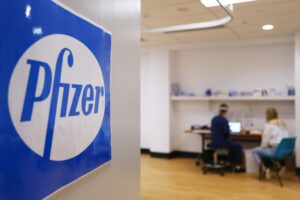 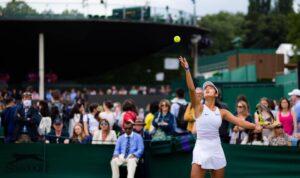 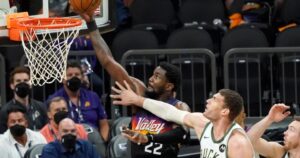 Next post Halfway there: Suns beat Bucks for 2-0 lead in NBA Finals – National