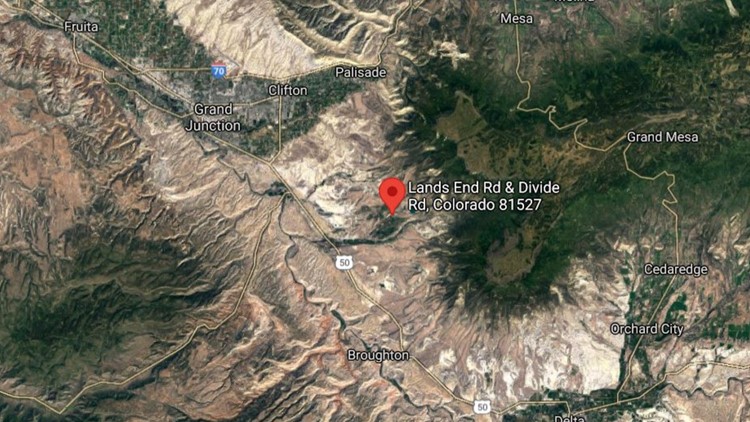 Houses northeast of Lands End Road and Reeder Mesa Road were under evacuation, and power in the area was turned off as a safety precaution.

MESA COUNTY, Colo. — Homes were evacuated Thursday afternoon due to a brush fire that started burning in an area southeast of Grand Junction.

The Mesa County Sheriff’s Office said what’s been dubbed the Lands End 2 Fire is in the area of Lands End and Divide roads, and that houses northeast of Lands End Road and Reeder Mesa Road were placed under an evacuation order. That order has now been lifted, and the fire is fully contained.

Lands End Road was closed in the area of the fire, and power was disconnected as a safety precaution.

> The video above is from a previous 9NEWS story about wildfire restrictions in Colorado.

It’s unclear what started the fire, which was last reported at 120 acres. Mesa County was under a red flag warning on Thursday, and temperatures exceeded 102 degrees during what has already been considered a drought on the Western Slope.

RELATED: After a record-setting year, here’s everything to know about wildfire season in Colorado

A type three helicopter helped to attack the fire by air.

The map below shows the rough location of the fire: